You are here: Home1 / About the ADSO2 / Leadership3 / Andrew Smith 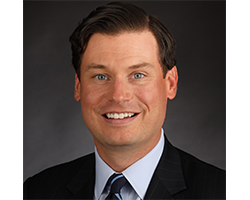 Andrew Smith served as executive vice president of government relations and external affairs for Parallel (formerly Surterra Wellness) where he managed the state and federal government relations teams, served as the company’s chief advocate and spokesperson to policymakers and regulators, and led the company’s advocacy and communications goals in the public affairs space.

Prior to joining the private sector, Andrew spent a decade working in government, campaigns, and public policy. In particular, Andrew worked as finance director and senior advisor for Virginia Governor Terry McAuliffe where he oversaw the strategy, development, and implementation of a record-breaking $44 million fundraising operation.

Andrew is originally from Chicago and is a graduate of Georgetown University with a degree in government and history. He currently lives in Greenwich, Connecticut with his wife Laura and their two children, Holden and Caroline.